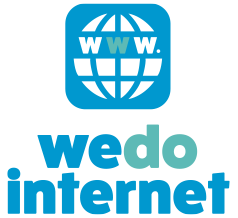 My 48in48 First Experience

Home/My 48in48 First Experience
Previous Next

My 48in48 First Experience

I was excited to learn that 48 in 48 was a non-profit that helped other non-profits get access to teams for the purpose of building their website.

At first I wanted to be part of the organizing committee, but I was already an organizer for WordCamp Miami 2020 and quickly saw that I couldn’t do both. I definitely wanted to volunteer so Carole Williams connected me to Adam Walker to help with the WordPress Help Desk.

WordPress Help Desk! Wow, that sounded cool and it fit my skill set. I have a lot of experience with various page builders, but 48 in 48 used Beaver Builder as their go to theme and page builder within WordPress. I was a little nervous because I had never use Beaver Builder before.

Adam set me up with a test site to practice on and I was able to see how Beaver Builder worked even though I never used it before.

I must admit that I was intimidated by the time commitment. 48 in 48 hours. That seemed like too much and too long for me to be in one place. I wanted to give as much as I could and I was definitely used to working long hours (if I had to). But I haven’t had the need to work those hours in a while. 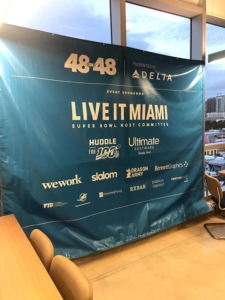 This event is a unique event to 48 in 48, called a Super Service. This was a larger event and was in partnership with the NFL Super Bowl LXII. The location was the beautiful shared work-space thru WeWork. The WeWork  building was located in Wynwood, Florida (still Miami).

I showed up early so I could get an idea about parking and find the place with enough time to not feel rushed. Driving into Wynwood has always been special because everywhere you looked, there was art work, graffiti, very stylish imagery on almost every building.

The WeWork building kept up appearances with their lovely designed building. Which I learned is 7 floors of garage space and one floor of WeWork office space (now the artwork on the exterior made more sense). 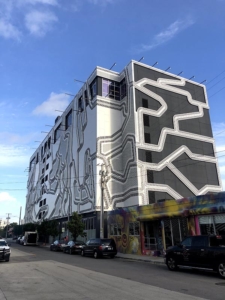 I was greeted by courteous WeWork staff and met with Carole Williams, title here of/at 48in48.

I was early, so I got a name badge and got a chance to get a lay of the land. The WeWork floor was stunning. The walls and doors were glass so there was no place to hide. It was an open office feel.

The general/common space was large and filled with an abundance of seating choices. They even had 3 multi-game old school games that you could play for free (and even head-to-head with a friend). The view out of every exterior window captured Wynwood like most other buildings could in that area. We were about a hundred feet above and everything was within view. See pictures.

The Friday night kick off event included food, getting a chance to meet with Project Managers and other web skilled volunteers.

The Super Bowl was a week of celebrating, but it also brought out the worst of people.

Since this was my first time at this WeWork shared work-space, I scouted the large open area to see where I could be seen by anyone in the room. In my mind I felt like everyone should see me if they lifted their heads from their laptops, I was the help desk and wanted to help.

At first it was thought that I could be in a small office, but I wanted to make sure that there were no barriers to asking me for help.

I found a space in the middle and created a sign so that everyone would know that if they needed help, they knew exactly where to go. I know it sounds like I think that I am an important person, but I did feel that important. Being the only help desk meant that people would come up to me for answers and I wanted to answer. I didn’t want anyone to think that it would be hard or unpleasant or even that I was disinterested.

That Friday I settled in and realize near 10pm that no one was ready to ask me for help. They were busy planning and creating strategies. They were not into the WordPress backend just yet and I decided to leave at 11pm and come back early in the morning, ready to pour out my knowledge.

I immediately saw that most of the tools were very familiar. The major themes shared a basic structure and I easily began to use Beaver Builder. When I arrived home I did some WordCamp Miami stuff (I’m the Support Lead Organizer this year) then went to sleep.

I started my day early and arrived at the WeWork shared work-space at 9am. I probably was the last person to show up and most of the previous days volunteers were already there eating breakfast. I went to my spot and realize that it was not in the line of sight that I wanted. So I moved my hand drawn sign to a table in the main space and went about saying Good Morning and Hello everyone.

Then in about a few minutes my first help request came in. I was super excited and  went to work looking to solve her problem. From then on there was a steady stream of help requests and I rotated between sitting at the help desk and going around to each person’s working space. 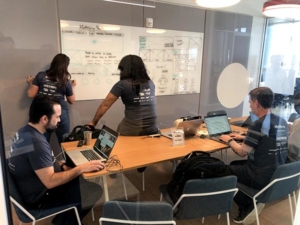 I was relieved to be able to answer most or show a person where the feature was that they were looking for. There were a few times where I had to tell someone that I would have to get back to them and sought out the answer from the Somewhat Mighty Google.

I was having a blast and for a moment I thought about how enjoyable it was to answer questions. I know that I’ve always enjoyed teaching and delivering answers, but lately, as a Solo-prenuer, I haven’t had much opportunity to be around large groups or teams.

The day was long and I wondered if maybe I should go back into the workforce, so I can continue to feel the teamwork vibe I was experiencing. The teams were grinding and more volunteers showed up. A few had even decided to spend the night as the 48in48 schedule was to grind for 48 hours, starting Friday at 6pm and ending Sunday at 6pm (48 hours).

One team brought a small tent and some other home conveniences.

I went home and returned on Sunday at 1pm.

On Sunday, it was time to wrap up the websites and everyone was operating at full throttle. Questions started coming in as teams now want to make their sites highly function and look great.

There was a competition for the top 3 sites made which would be voted on by a panel of judges and presented at the closing remarks that night.

The next few hours was a flurry of help desk request and I was more than ready and eager to help. Near the end, I was even asked to help one team work to finalize one website. I was able to layout one complete page before the judges convened to decide.

At the end, the team worked long and hard to help non-profits have a professionally designed website in 48 hours! 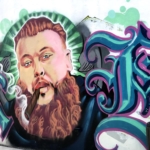 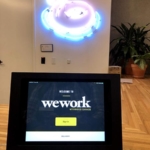 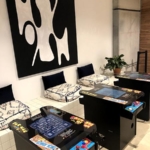 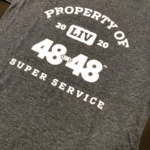 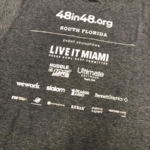 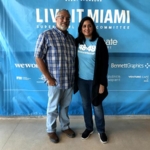 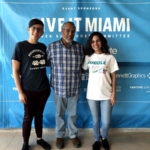 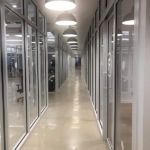 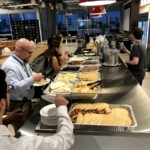 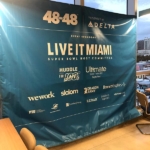