I have only recently been transplanted into this new Universe called Miami.

About 5 years ago I started using WordPress to build websites with and today, it’s my go-to tool for bringing the most value for my client’s dollar.

WordPress has been a real help to me!

The online community has been great and because it is Open Source, the attitude you get when needing help is so much better.

Last year I learned about WordCamp Miami and all that it has to offer. The timing was not good for me last year and I wasn’t able to attend. 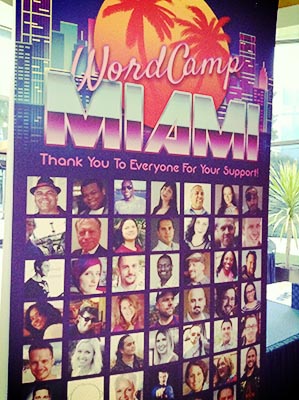 This year, I really wanted to dive into the community of WordPress users here in Miami. So late last year I filled out a volunteer form for WordCamp Miami and my adventure began with an introduction to David Bisset.

At first, I had a lot to learn so I volunteered as a “whatever you need” person. I was given a choice of what I would prefer, Before Conference Stuff or During Conference Stuff. I was quickly connected into volunteering before the conference.

That was all I was comfortable doing until I got to know the organizers.

I have lots of experience working with and coordinating volunteers so I picked some positions that I would feel comfortable coordinating.

First, it was the Happiness Bar.

The Happiness Bar is a room that people can go for answers or help getting answers. It wasn’t a Genius Bar, though I did meet some geniuses, but a place to learn from others who were just ahead of you in their WordPress journey.

I love public speaking, or just speaking in general… lots of it. So I knew how important it was to keep a speaker on track with time. Another benefit to being a Room MC’s was that you had a chance to listen in on the topics.

David Bisset was a major resource and leader for me as he put some stuff on my plate and then, carefully, added more. He kept sending me more and more volunteers especially near the end. 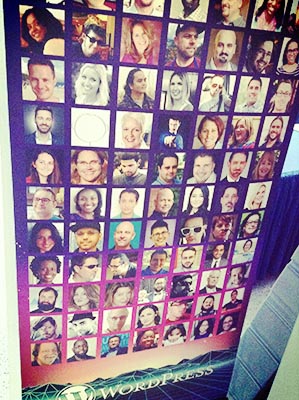 By the time WordCamp Miami was about to happen, I was coordinating 4 other positions and working together with other organizers to help with their volunteer needs.

I felt it was a great fit.

Since most of what I was doing was pre-event coordinating, I wasn’t sure what I would be doing during the event.

I decided that I wanted to spend my time filling in gaps in volunteer staff and meeting and networking with the people, sponsors and volunteers.

I had fun meeting the some of the WordPress Community! I met Daniel from Managua, Nicaragua, who was in Miami exclusively for WordCamp Miami and was looking to start a WordCamp in Central America.

I met Alexandria and Irinia from Romania with CaptainForm. We talked a little bit about the form builder, but I was more excited to learn that Romania was more than just vampires.

I spent my time running to help clean up the bagel table from Einstein Bagels with Fernando Polania. Put some volunteers to crush boxes and float in and out of the Happiness Bar to lend a hand.

I could have stayed in the Happiness Bar forever! 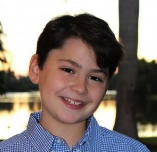 While sitting in the Happiness Bar, I met a young boy named Miles. He had impressive communication skills and a love for learning and sharing. To my surprise, this ten year old was speaking to adults in a Lightning Talk. WOW!

It was a blast working with staff and volunteers. Everyone had a great attitude and this made my first WCMIA experience a deal maker. I didn’t go to any workshops or talks, I just spent time serving the community.

I’m addictive to free-bees! Tons of awesome take homes (I’m saving some to give away to my other community events).

If you haven’t yet given of yourself to WordCamp Miami, next year will be here soon enough. Start to consider what you can give and what talents you can bring to make this event shine brighter.

You can also go back and watch the videos recorded from select session at https://2017.miami.wordcamp.org/ and check out WordCamp Miami’s Kids Camp